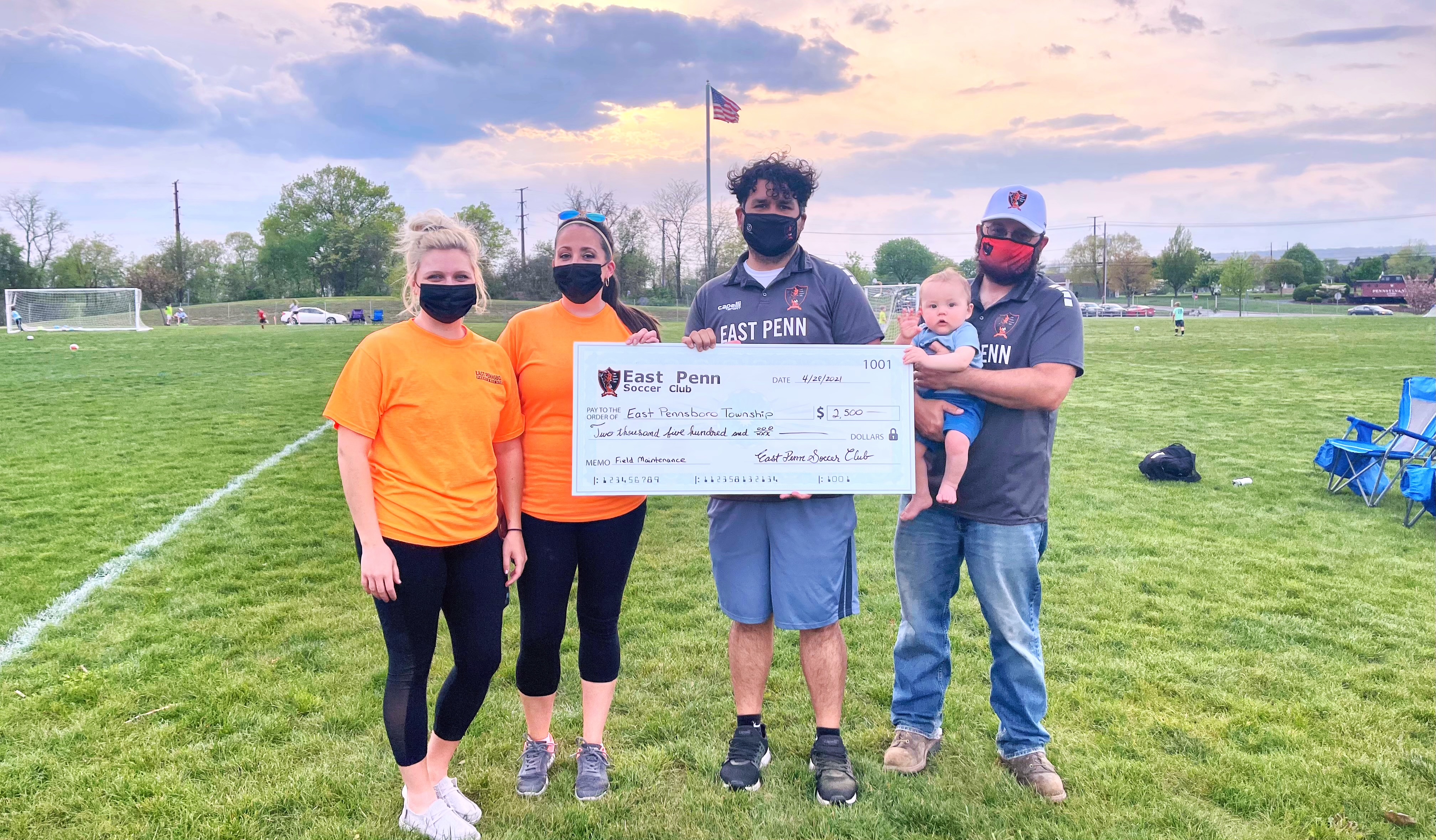 Ubaldo advised "We are very grateful for the parks and recreation department's determination in providing the community with the well maintained sports complex that caters to the many sports, including soccer. Our program has grown immensely, which having the space to accommodate all the players allows us to properly serve our families. We are now providing players multiple levels of soccer, these include Intramural, Developmental, Travel, Elite, and Premier Divisions."

Since January of 2021, the East Penn Soccer Club has donated over $20,000 to its local and surrounding communities. This has occurred through major giving-back events and direct donations to various Community programs, Townships, and local schools.

We have established an Elite and Premier program with a distinct culture of excellence that will allow players to reach their fullest potential both on and off the field. Through providing best-in-class resources such as a qualified staff, facilities, and a holistic development program to help develop the total player. This will allow our players to achieve their highest soccer aspirations.